Then + Now: Finding Love at Pinewood 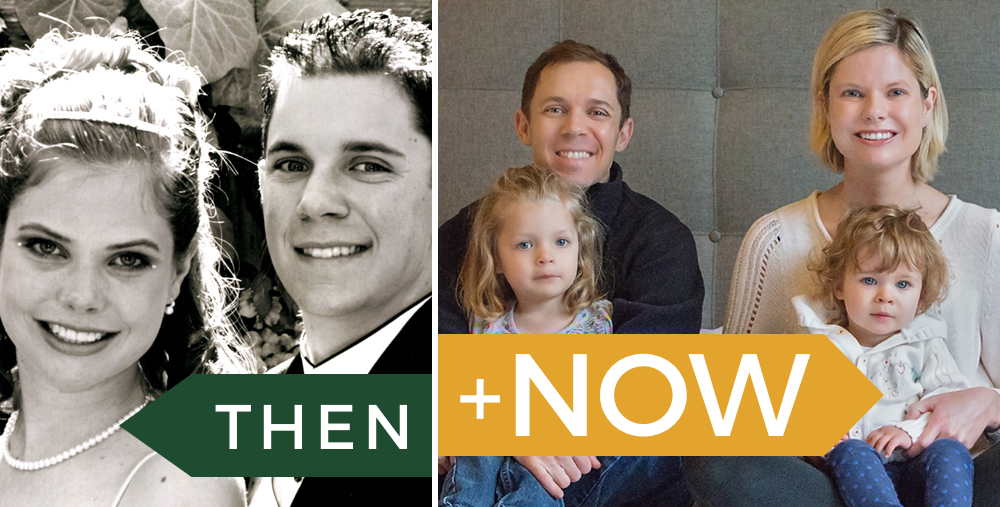 When Hayley stepped onto Pinewood's campus in 1998, she and her new schoolmate, Mike, couldn't have imagined the turn their lives were about to take. Hayley had just moved to the Bay Area from Canada and begun at Pinewood as a sophomore. Her new friend, Mike, was a junior and a Pinewood Evergreen. Their relationship officially began when Mike quite literally got down on one knee outside of the library and offered Hayley a promposal - complete with a ring and a serenade. She said yes! to prom and the rest is history. In 1999, Mike left for UC Santa Barbara to study computer science and a year later, Hayley joined him there to study English. After college, life's adventure took the couple to San Diego for five years and then to Australia for six. Today, these Pinewood alums are back living in San Diego with their two young daughters. Mike is working for Evernote as a programmer and Hayley is a photographer. This summer, Mike and Hayley will celebrate ten years of marriage and nearly twenty years since that epic and life-changing promposal.