Despite the wind and rain on Saturday, November 30th, alums came out to Upper Campus for Pinewood's expanded Alumni Day. Formerly called The Alumni Games, Alumni Day included a fun, fast, and competitive 3-on-3 basketball tournament and our traditional alumni vs. varsity basketball scrimmage.

For the 3-on-3 tournament, we had alums ranging from the class of 1990 to 2019 returning to vie for the championship belt. The winner was Team Sons of Slayton + DJ (Varoon Bose, John Capin, Paul Eichler, Nick Fraioli, and Dante Fraioli), who vowed to return next year to defend their title.

Our alumni vs. varsity basketball scrimmage was as exciting as ever, with our alums claiming the victory in both games. Our alumni women were victorious with a score of 73-56 and our alumni men with a final of 68-60. 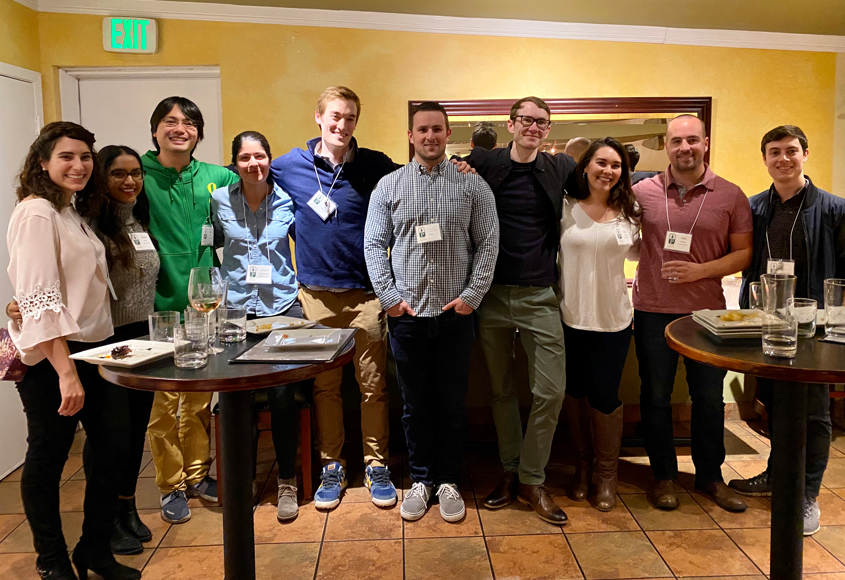 On Friday, November 29th, Pinewood hosted the classes of 2008, 2009, and 2010 for their 10-year reunion! Everyone who attended had a wonderful time reconnecting. It's rumored that the party continued across the road and lasted until midnight! It was our pleasure to provide an opportunity for connection for our valued alums.