When Gwen and Victor Riches moved to the rural community of Los Altos in 1955, they had no plans to start an independent school. Mrs. Riches spent most of her energy caring for five energetic children and tending to their home at 327 Fremont Avenue. Mr. Riches was a university professor, economist, entrepreneur, and firm believer in projects for his children. One of those projects was to plant one thousand tiny pine tree seedlings. As the saplings grew and developed, the family transplanted them around the perimeter of the property and distributed some to neighbors and friends. Today, many of those pine trees continue to tower along the borders of the appropriately named Pinewood School, the present location of our Middle Campus.

The school began in 1959 when Victor left for an extended business trip to Australia for the Stanford Research Institute. Gwen thought a "little school" for her own children and other young acquaintances might be a good way to channel her talents and energies during her husband's absence. She quickly earned a reputation for instilling confidence in children through training in public speaking and drama. As a result, friends in the community began requesting lessons for their children. When Mr. Riches returned three months later, he found sixty-five happy children and their teachers engaged in singing, painting, acting, and dancing in his home.

As a member of the Los Altos planning commission, Mr. Riches realized that he had to act quickly to relocate the home-based school to a properly zoned site. They moved the newly-named Creative Workshop to State Street in Los Altos. During this initial period, Mrs. Riches became concerned that many of her students struggled with their reading and writing skills. After an in-depth search for programs and curriculum to combat the popular "sight" method being taught at the time, Gwen Riches adopted a phonetic-based language arts program. The curriculum helped to establish the Creative Workshop as an outstanding academic center where instruction in reading and math became the most commonly sought-after courses. By 1964, enrollment had soared to 350 students, and the Riches family moved from their colonial home on Fremont Avenue to make space for the full-time private school. When Pinewood became a firmly established independent school, the Riches family donated their home to the school.

In the following ten years, Pinewood School flourished and the Riches family, with the help of their now adult children, added a junior high. In 1975, the Los Altos Hills campus became available, and a few years later, Pinewood purchased a new lower school on Fremont Avenue, close to the original campus.

After many years of thought and encouragement from parents, the Riches family decided to add a high school. In 1981, the first 9th grade class began. In 1985, that pioneering class of only 17 students was the first to graduate from Pinewood High School. Since then, the high school has reached its maximum capacity, and Upper Campus now houses a thriving junior high and a respected college preparatory high school that includes exceptional extra-curricular activities and a broad and successful athletic program.

In 2007, Pinewood remodeled their Lower Campus that houses kindergarten through 2nd grade. The new buildings and outdoor areas continue to reflect the nurturing atmosphere that Pinewood children have always considered their home away from home. In August of 2016, the 3rd- through 6th-grade students moved into the newly renovated Middle Campus, the original location of the Riches family home and all of those pine trees.

Even though Gwen and Vic Riches did not begin with aspirations to start a school, Pinewood’s success is a tribute to the creativity, dedication, and abilities of its founders. Its future is ensured by the continued enthusiasm and energy of the Riches family and our superb faculty, staff, alumni, and families. 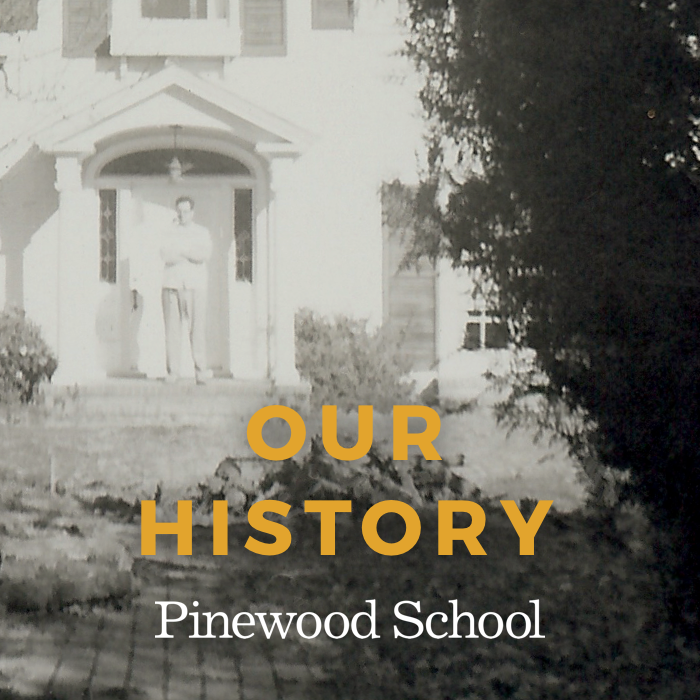 Considering our strong foundation, it’s no wonder that Pinewood students’ academic achievements match or exceed those of any school in the area. And with the guidance of our comprehensive, expert-­led college counseling program, our students go on to attend the finest colleges and universities in the nation. 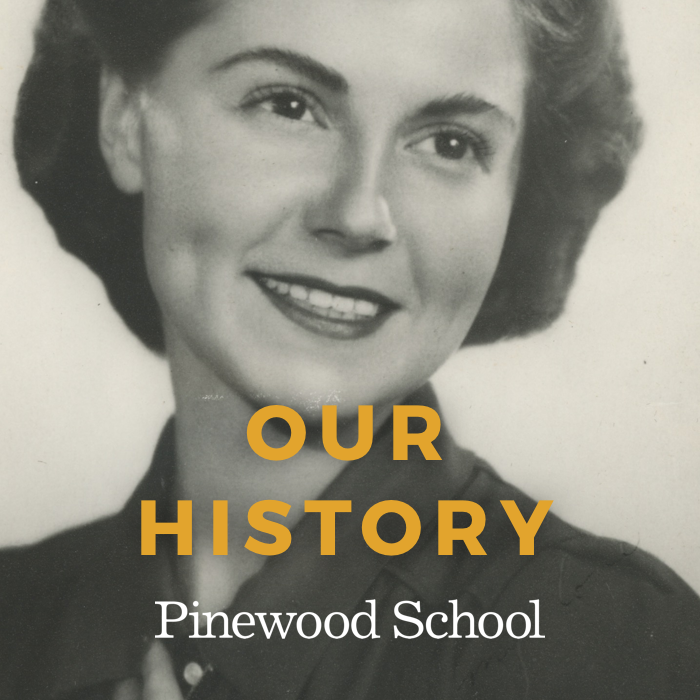 A Foundation in the Arts | True to Our Roots

Pinewood School began when Gwen Riches started an after-school enrichment program in her home. Today, Gwen's legacy in the arts shines through more vibrantly than ever.

January Issue • The people, programs, and moments that make this a truly special place